Back to case studies

Design
Pitch deck design for HP’s 100-strong, in-house design studio
Designing decks to present the work of an established design agency? Sure, we can do that!

The birthplace of Silicon Valley...

HP was founded in a one-car garage in Palo Alto, California, by Bill Hewlett and David Packard in 1939, and initially produced a line of electronic test and measurement equipment. The HP Garage at 367 Addison Avenue is now designated an official California Historical Landmark, and is marked with a plaque calling it the "Birthplace of Silicon Valley"! Today they are synonymous with high quality PCs, laptops and printers, but they are also champions of sustainability, innovation and research.

Luxia were commissioned to design and produce two pitch decks for HP Studios. One to convey the top quality output of the design team, and the continued strength and growth of their collective. The other to reflect their specific offerings for social media content and engagement.

Keeping it clean and impactful

We started with an in-depth storytelling workshop to unpick their messaging and craft the narrative. Once this was established, we built out the slides based on a design system which combined a mixture of animation, modern graphic styles and impactful imagery.

Using clean and impactful layout design, we clarified the flow of information and highlighted key milestones for shareholders throughout. We also incorporated animation and interactivity to further enhance the pitch presentation process.

Since using their new pitch decks, the team have reported a huge upsurge in wins, which they attribute to the clean and professional design systems we created, and their new found sense of confidence the decks have provided them when presenting. 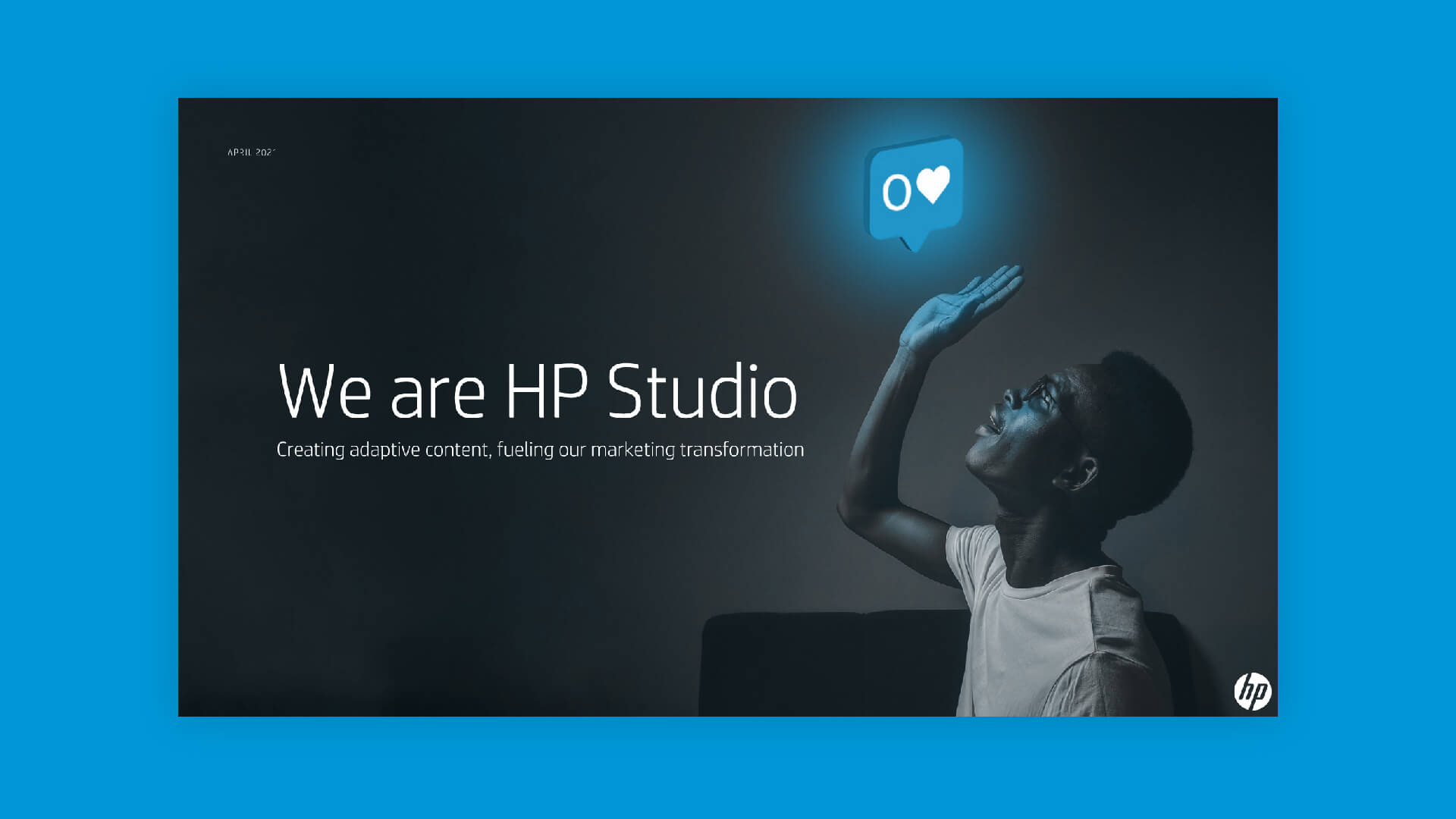 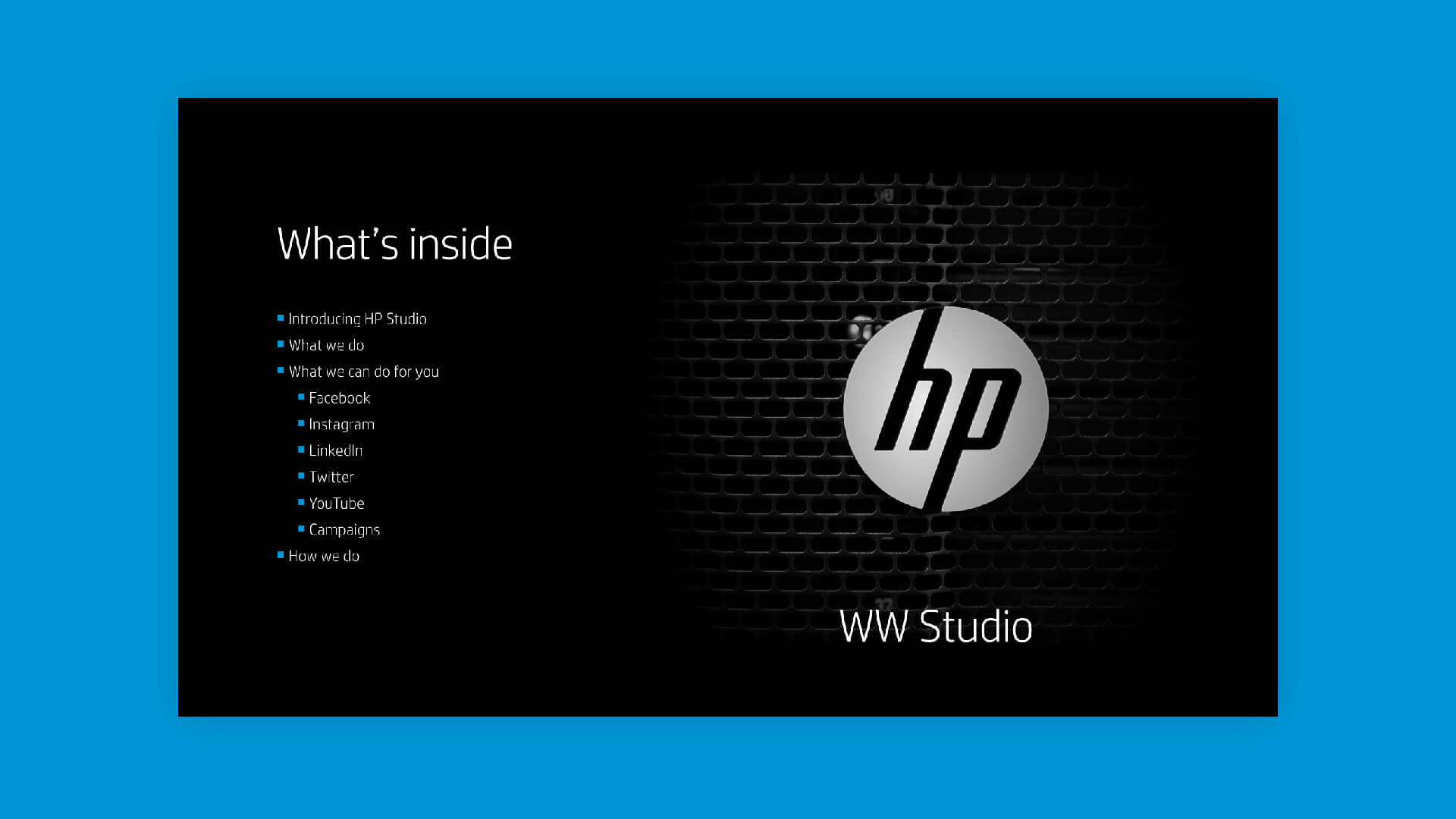 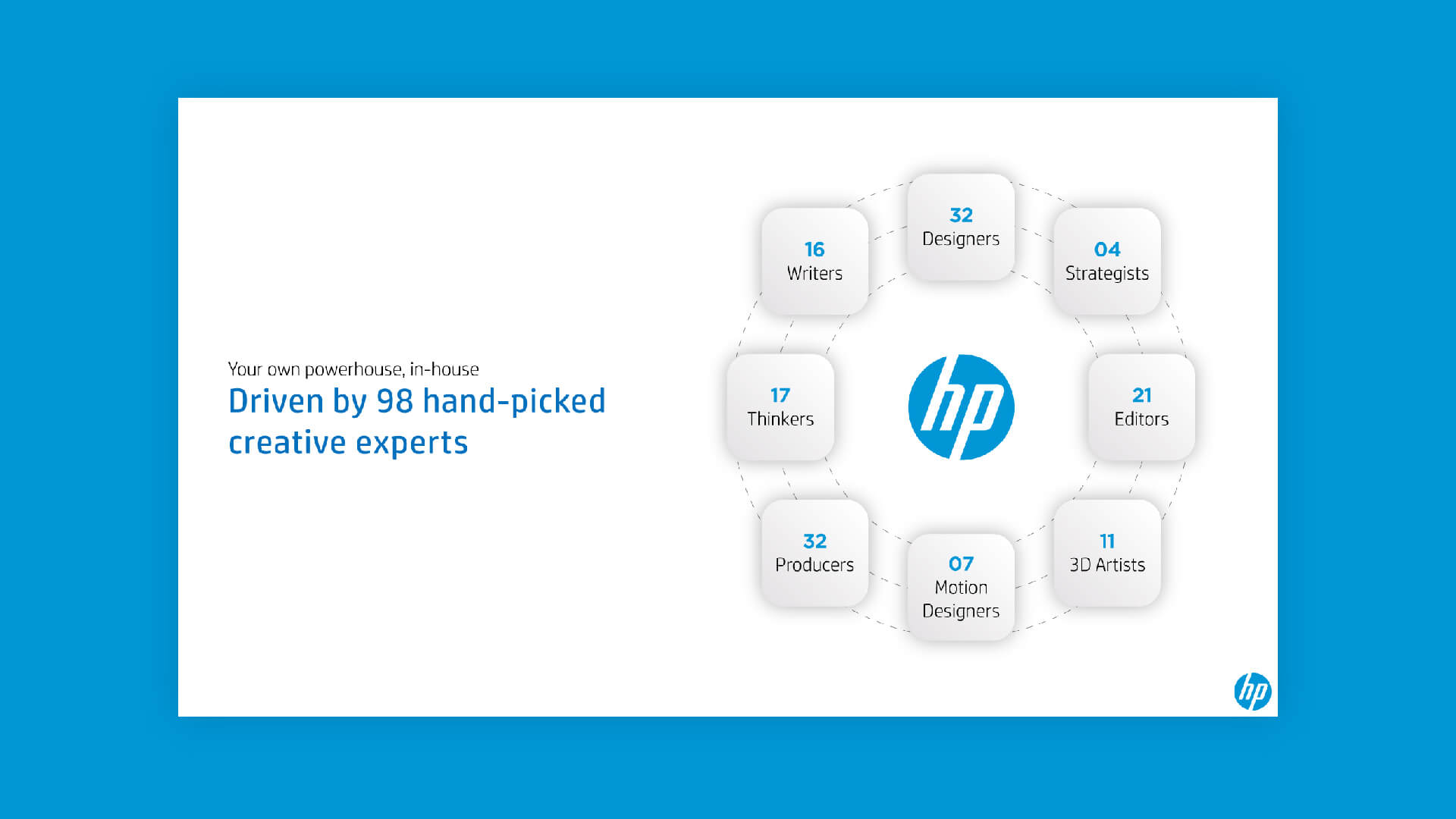 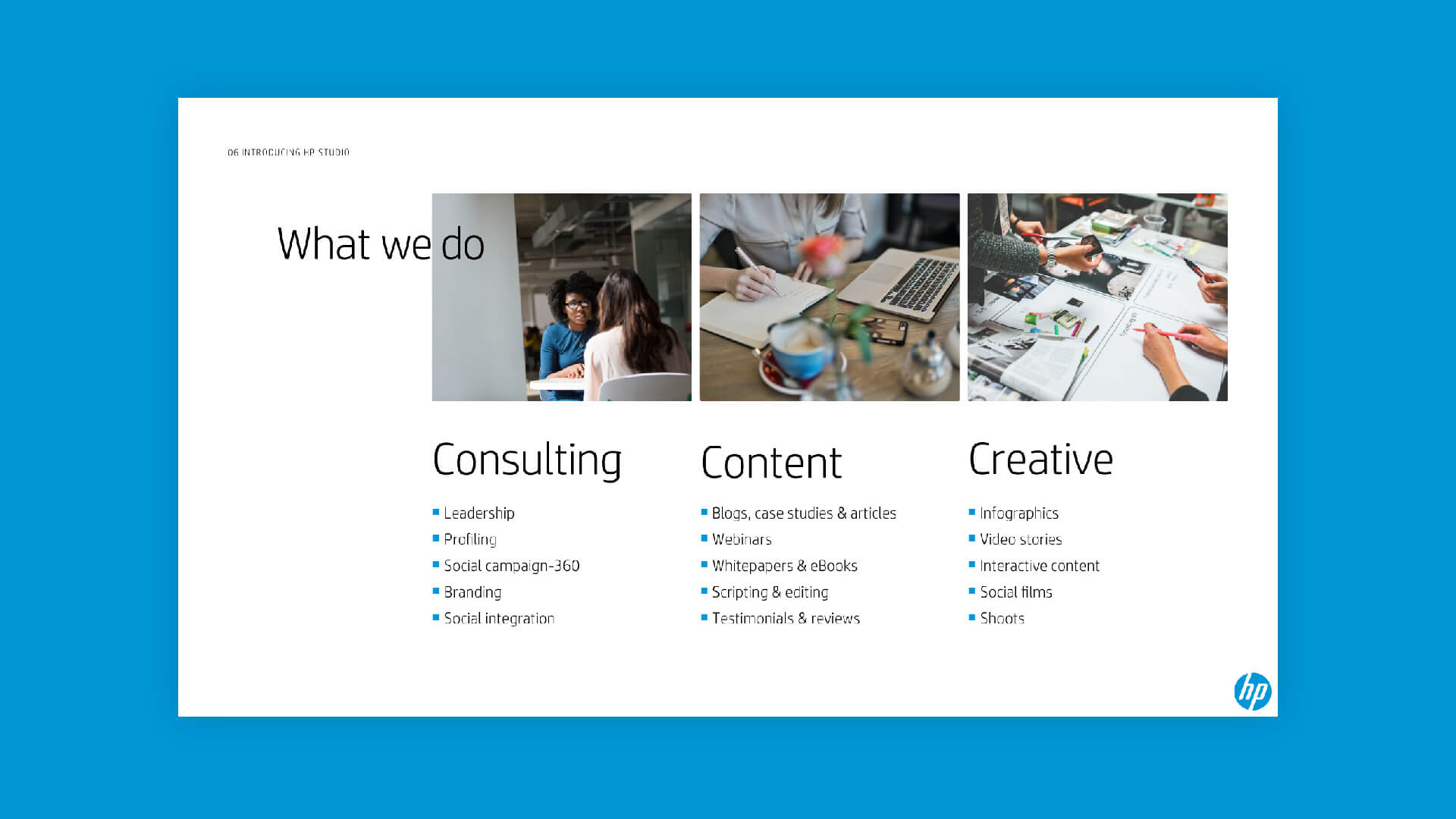 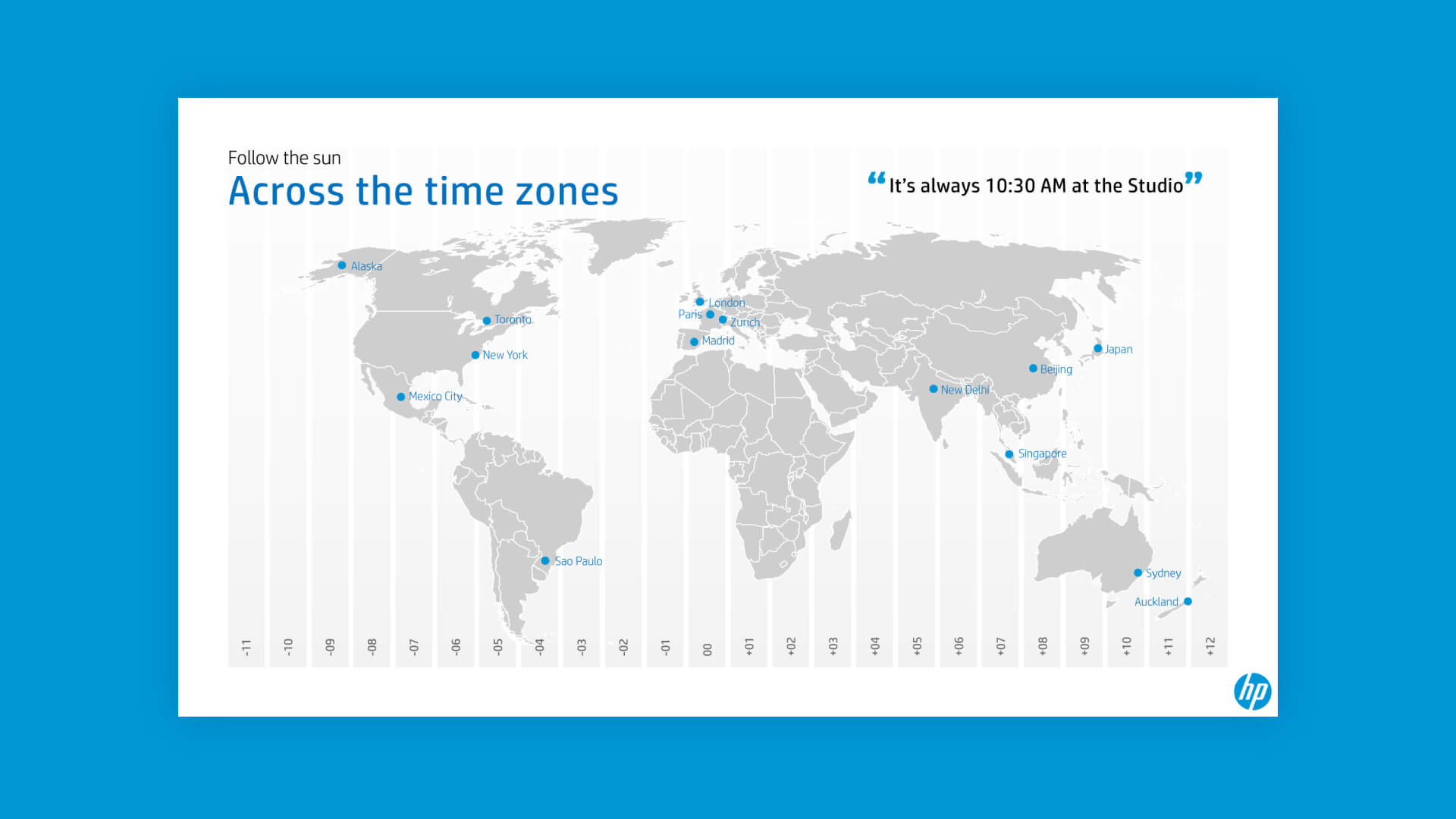 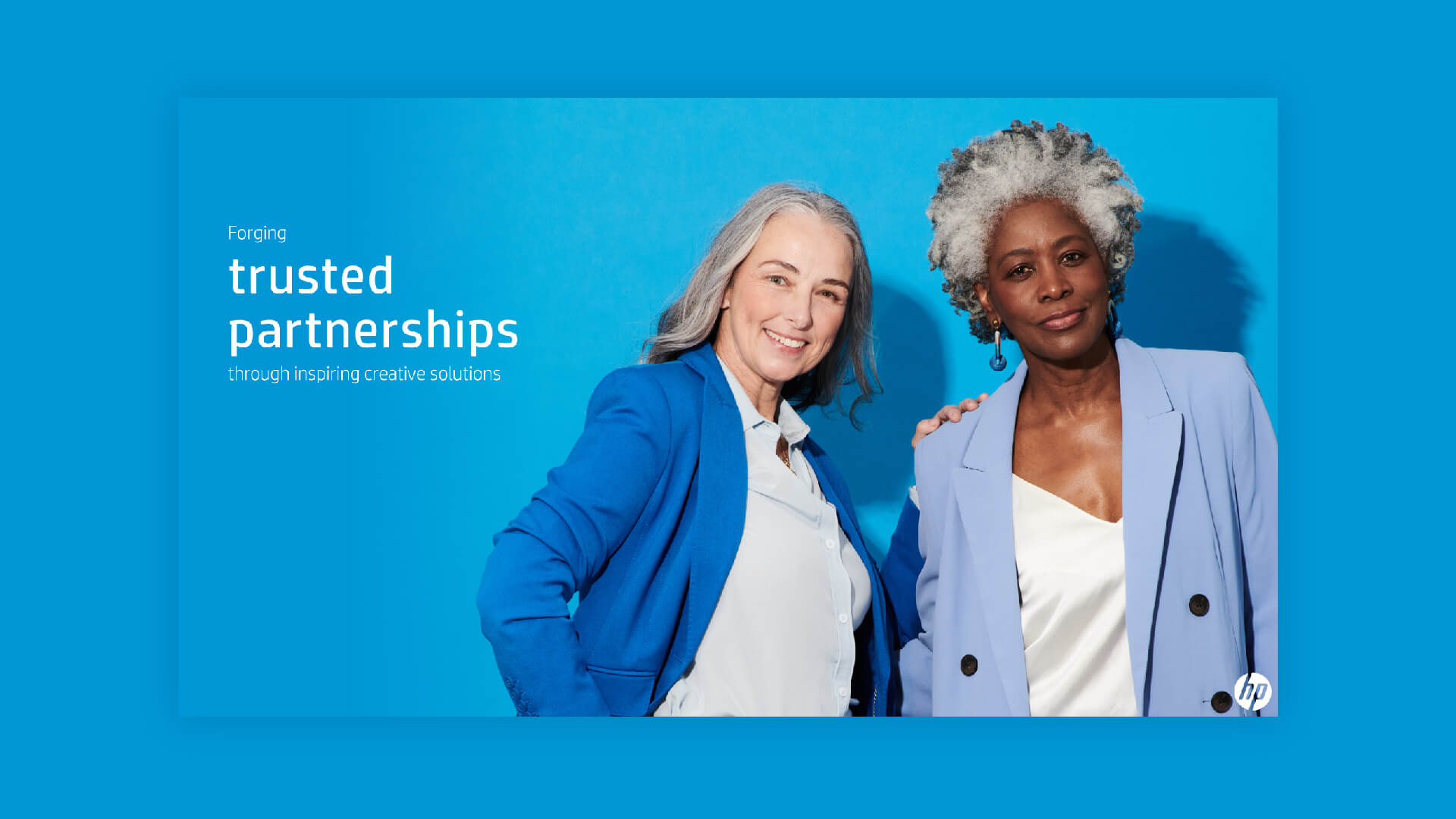 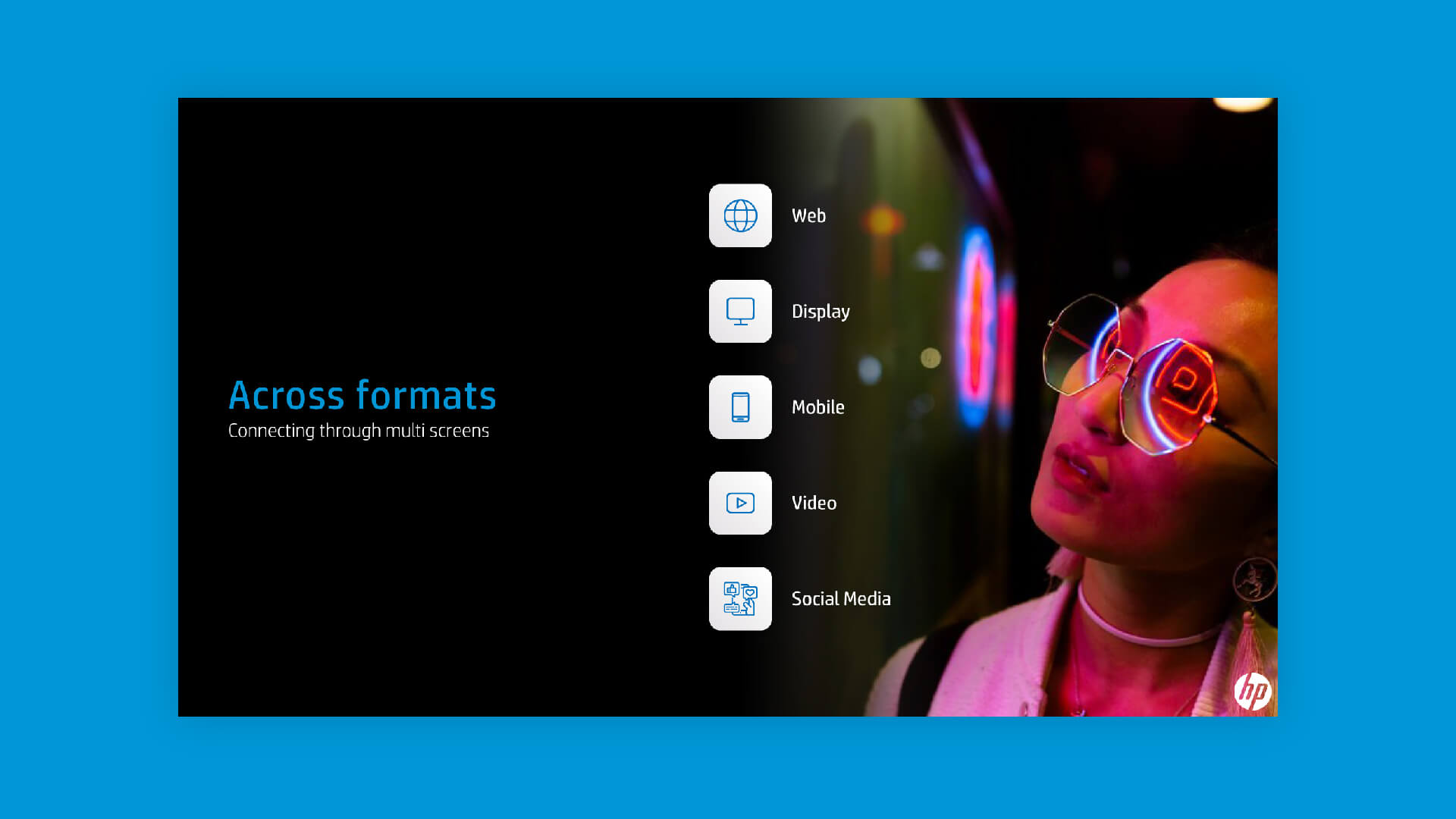 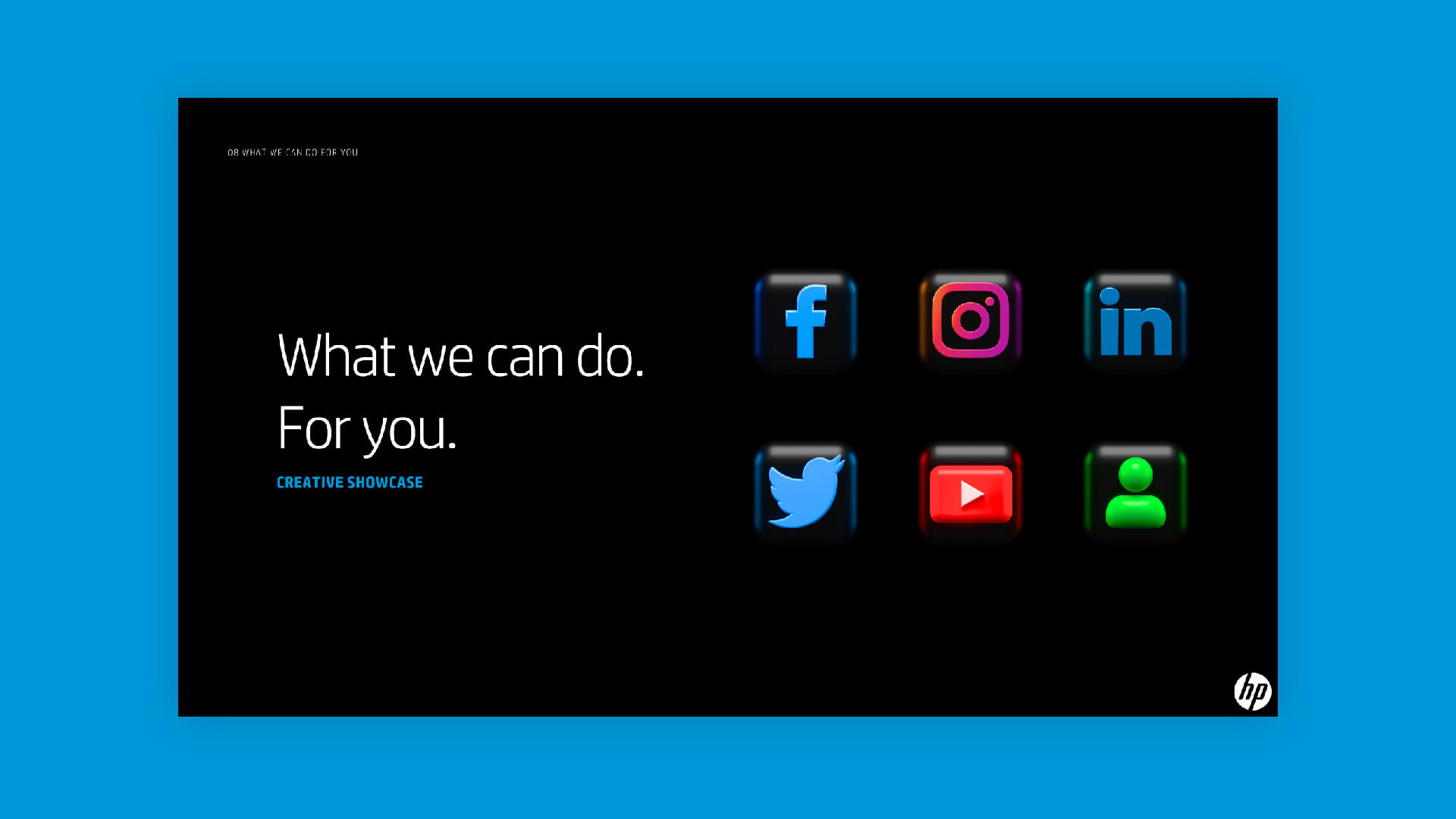 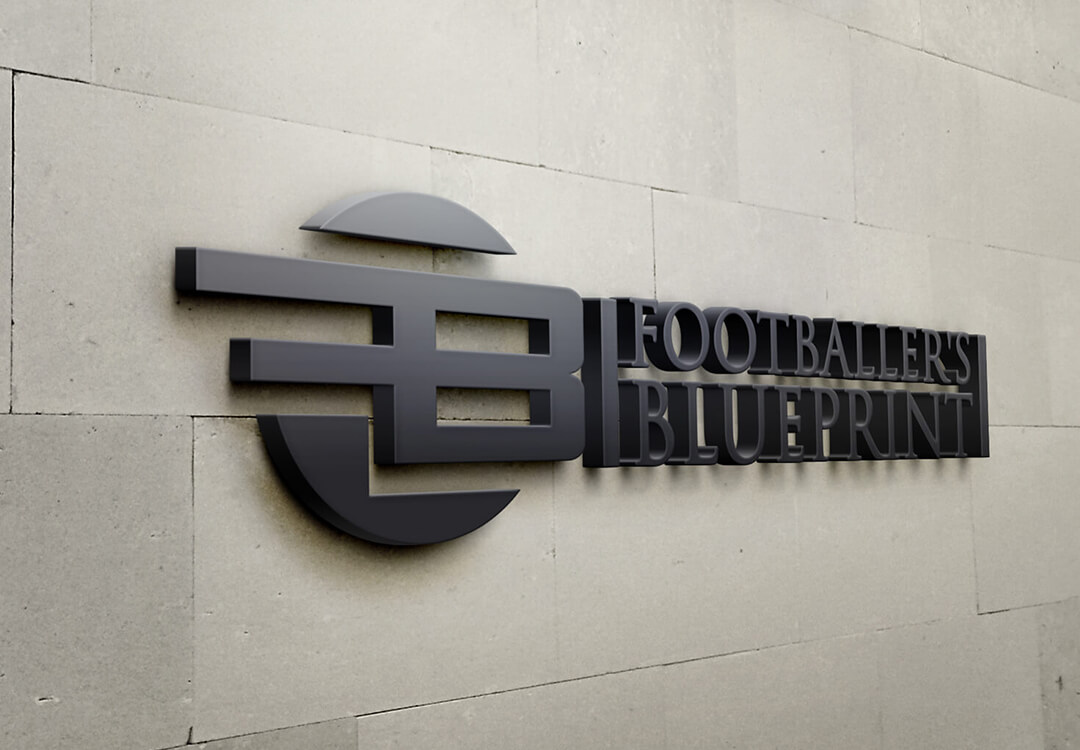 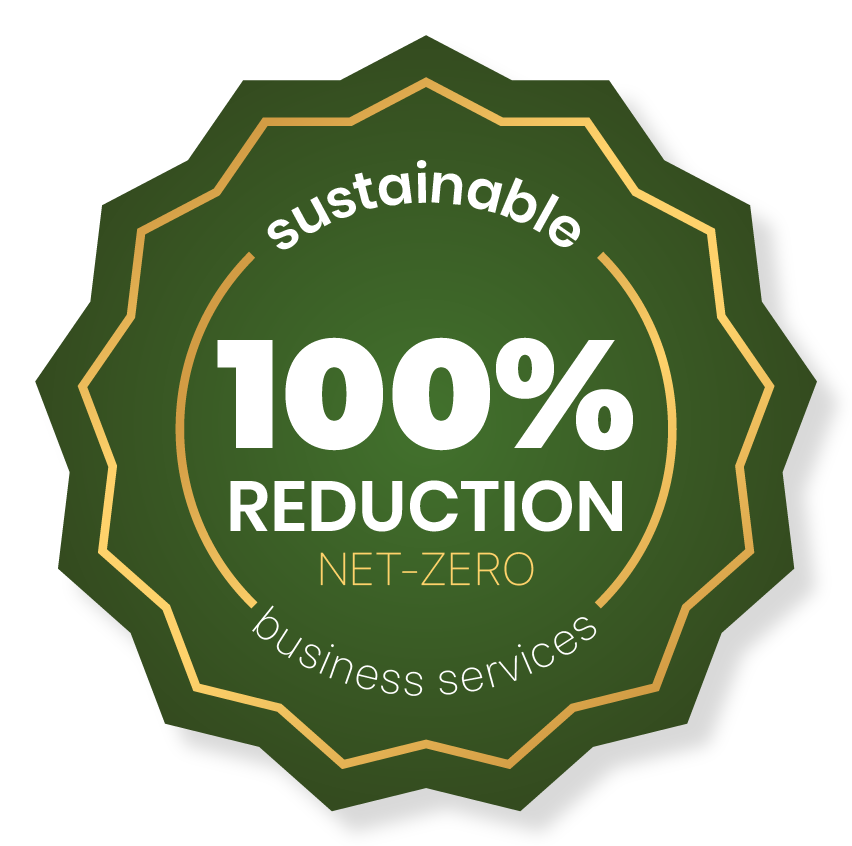